MS Outlook is a Personal information Manager which has been introduced by Microsoft as an integral part of the MS Office Suite. It is mainly used as an email application and loaded with multiple features including a calendar, contact manager, task manager, journal, note taking and web browsing. Users can use it as a standalone email application or can integrate with MS Exchange server and MS SharePoint Server so that multiple users can work on it to share their mails, schedules, calendars and Exchange public folders effortlessly. With times multiple versions have been released by Microsoft to improve user’s experience for the tool. Now, MS Outlook supports smartphones (iOS and Android) and handheld devices for which users have to install Mobile apps like Microsoft Visual Studio.

Microsoft has released MS Outlook to operate on both MS Windows and Mac.

Almost all the available versions of MS Outlook support Windows OS including 7, 8, 10, XP and Vista.

The very first Outlook was released for MS DOS which release date is unknown. Outlook 97 8.0 version was released in 1997 which included Office 97and could integrate with Exchange Server 5.5. Since then Microsoft has released multiple versions of MS Outlook with improved features. The company has not looked back after that.

All the available versions of Outlook have been released with some updated versions to provide users the freedom to work with MS Outlook efficiently. Microsoft’s dedication towards Outlook has made it one of the most widely used email clients in the world. People use it for both personal and professional purposes.

As you know email is one of the prime communications at work these days. Users have found Outlook as one place to effectively make communication at work to get things done. Whether they need to look for more information about a contact, schedule meetings, dial into conference calls or start an instant online meeting, they have found Outlook as one of the best platforms. The consistent work experience of Outlook allows you to perform swiftly. It is much more than an email application.

Can you work on Gmail, Hotmail or Yahoo without the internet connection? Ms Outlook offers to work consistently without worrying for the internet connection. While on journey, you can work on Outlook. You can able to read and respond to your important emails. Outlook is capable to automatically send your emails as the connection is re-established.

Users have found the freedom to customize their mails, contacts, notes, tasks and other elements of Outlook into categories. Users who need visual cues can color-code their categories. You can sort your folders alphabetically.

With the release of Outlook 2007, the bar of email management has raised. You can sort messages into folders and can forward or redirect them according to selected criteria. In case you wish to follow up on a message, Outlook offers flags of various colours which can be tied to reminders. You can stay alert about your important mails.

Since Ms Office is a market leader in producing software, the Outlook is familiar to users. Microsoft has kept its functions simple and self-expressive. Apart from this, there are multiple active forums from where doubts on the software can be clearly easily.

There are multiple other features. When you use MS Outlook, you can able to know how easy it is to manage your important mails, contacts, tasks and stay updated with events. 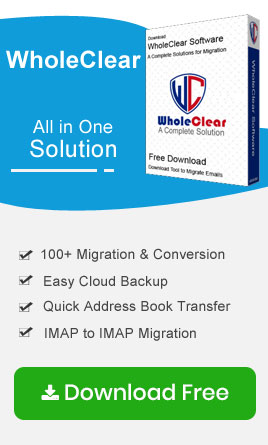